His arrival in Tatenhill

His arrival in Tatenhill and his link with Thomas Russell 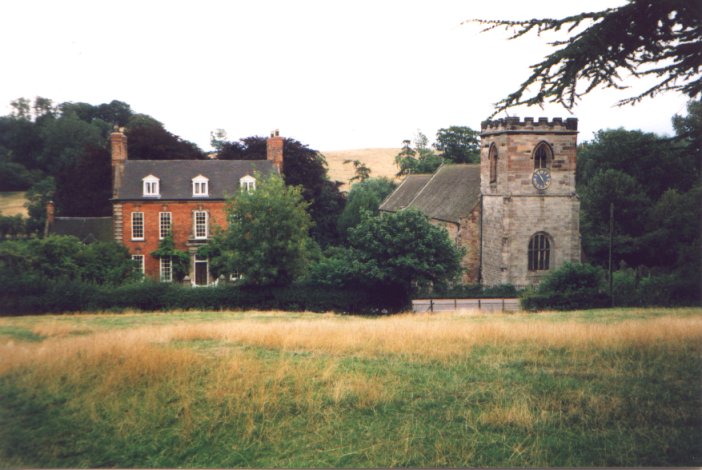 He arrived in England in December 1587, not yet knowing the eventual outcome of events in Leiden, and he travelled directly to London. He had been very lucky to escape. Once in London, he immediately set about the task of trying to clear his name and prove his innocence, but his former friends were too frightened for their own positions to give him any support.

It was now that his earlier contacts with eminent men at court and in the church came to his aid. The Archbishop of Canterbury, John Whitgift, and possibly Lord Burghley, explained Adrian’s predicament to Queen Elizabeth. As it happened, the living at Tatenhill in Staffordshire had just become vacant. Burton Abbey had held the advowson of Tatenhill until the dissolution, and after that it passed to the Crown as head of the Duchy of Lancaster. So here was a vacant living which the Queen had the power to present, and it was offered to Adrian as from January 1588. The deed of appointment was signed by Sir Francis Walsingham and the living was accompanied by a large stipend of £26 1s 8d. The previous year had seen the execution of Mary, Queen of Scots, and

Adrian’s first year at Tatenhill was to see the defeat of the Armada off Gravelines, together with most of the Duke of Parma’s thirty thousand invasion troops, so Elizabeth’s position was becoming more secure. Unfortunately, the Earl of Leicester returned to England in disgrace.

It seems that Adrian Saravia was accepted into the Church of England without being re-ordained and that other refugee ministers were treated in the same way. Of course, Adrian, having acquired English citizenship, could not really be regarded as a refugee.However, he saw no problems in transferring to the Church of England. His parish was that which existed prior to 1881. It included Wychnor (21 households), Barton under Needwood (86 households), Callingwood, Dunstall and Tatenhill itself (77 households). Although he was well paid by clergy standards, he must have felt that he was working in a backwater. The local clergy were, for the most part, poorly educated and presented little stimulus for intellectual, let alone theological, discussion. For a man who had been a Professor of Theology and a Rector of a university, Tatenhill must have been an anticlimax, but on the other hand, he was fortunate to have a secure job. 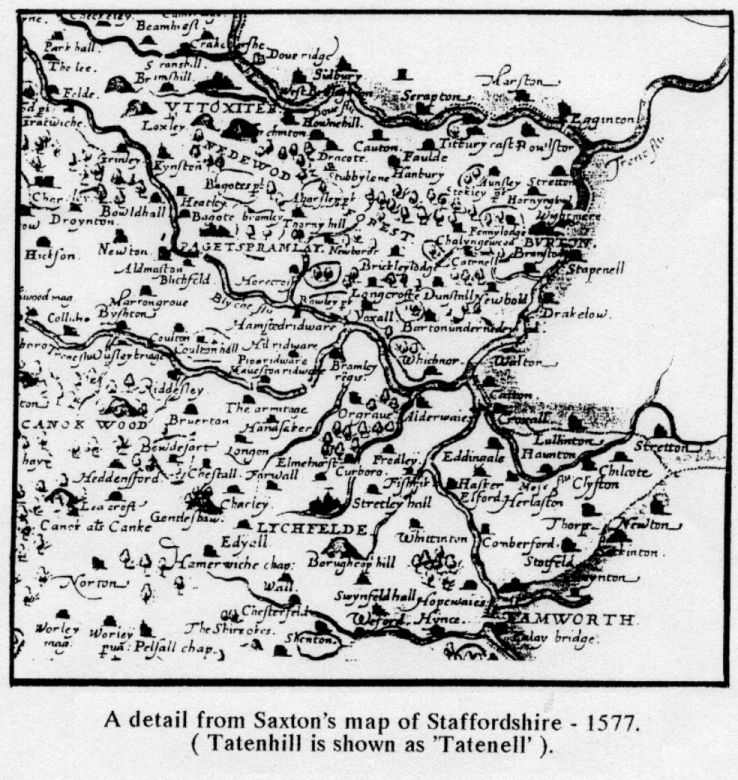 He found the rectory to be in a bad state of repair and he had to write to Walsingham about that. He found that there was a strong Puritan faction in the area and he regarded this as a menace. Finally, to crown his misfortunes, his son, Thomas, died on the 28th.December 1588 and the entry can be seen in the Parish register. He was not the only child, for he refers to children in a letter to Sir William Cecil, but it is not known how many there were. However, it is certain that he found in Tatenhill a place where he could think through his ideas without too much disturbance. In 1590, he published the first of many theological treatises called DE DIVERSIS GRADIBUS MINISTRORUM EVANGELLI. It was dedicated to John Whitgift, Archbishop of Canterbury, Lord Burghley, Lord High Treasurer, and Sir Christopher Hatton, Lord Chancellor. The original version was written in Latin, but an English version appeared in the following year.

In the spring of 1590, Whitgift asked Adrian to go to the Fleet Prison in London to visit a dissenter called Daniel Studley, with a view to helping him to see the error of his ways, but it appears he had little success.

Adrian Saravia was incorporated as a Doctor of Divinity at Oxford University on the 9th.July 1590 and he was appointed a Canon of Gloucester Cathedral in October 1591. The records at Gloucester show that he only visited the cathedral once in four years.

From 1593 to 1595 Adrian was entrusted with the task of overseeing the building of a school in Barton under Needwood under the terms of the will of Thomas Russell, a Draper of the City of London, who died on the 23rd.July 1593, leaving the sum of fifty pounds for this purpose. Judging from a letter in the archives of the Drapers’ Company, it would appear that Adrian delegated this responsibility to the churchwardens of Barton under Needwood. There is no evidence to show that Thomas Russell ever met Adrian Saravia, but since the Dutch Church of Austin Friars and the French Reform Church were only a short walk from either Drapers’ Hall, or Thomas Russell’s warehouse in Birchen Lane, one can only speculate that they may have done. The school in Barton was virtually completed by November 1595, when Adrian left Staffordshire. 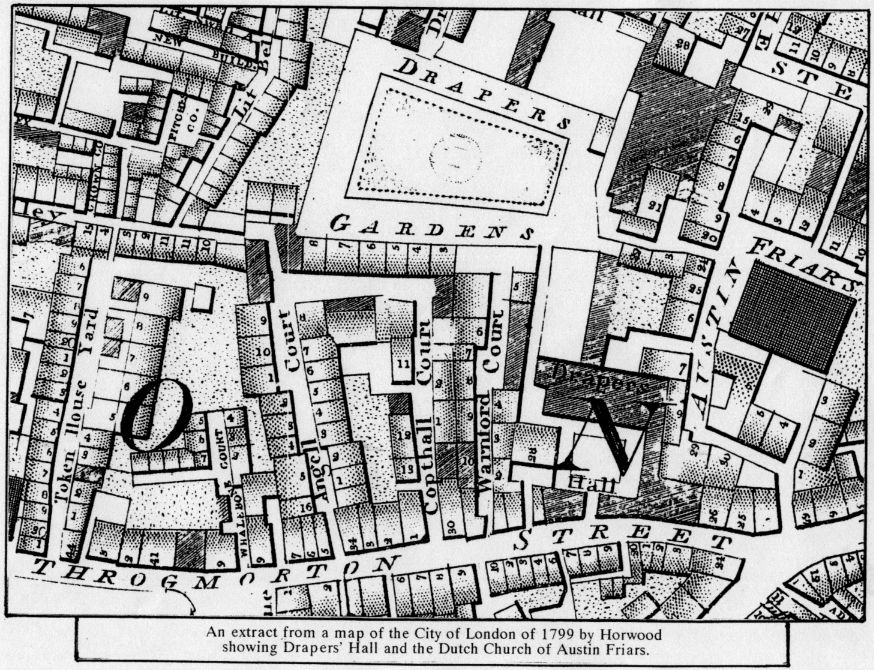