The coming of the railways rang the death knell of the canals. They had much greater speed and carrying capacity. The Birmingham and Derby Junction Railway was opened in August, 1839. It was built by George Stephenson and it is interesting to note that he took the route following the First River Terrace of the Trent as this was a little higher and drier than the flood plain. Once again, the peace of the Parish was being disturbed, this time by railway ” navvies “. The station was built a little later. It opened as Walton Station , but this was soon changed to Barton & Walton. With the greater use of cars, lorries and buses, the station’s traffic started to decline. Passenger trains ceased to stop there in August, 1958, and when freight traffic ceased in July, 1964, the station closed completely. It is interesting to note that the station’s closure occurred at the same time as Barton started its rapid rise in population. The original station site on the north side of the railway bridge is now occupied by a business park and there is no chance of a station being built on the south side of the bridge, so it is doubtful whether there is any suitable place left for a new station. 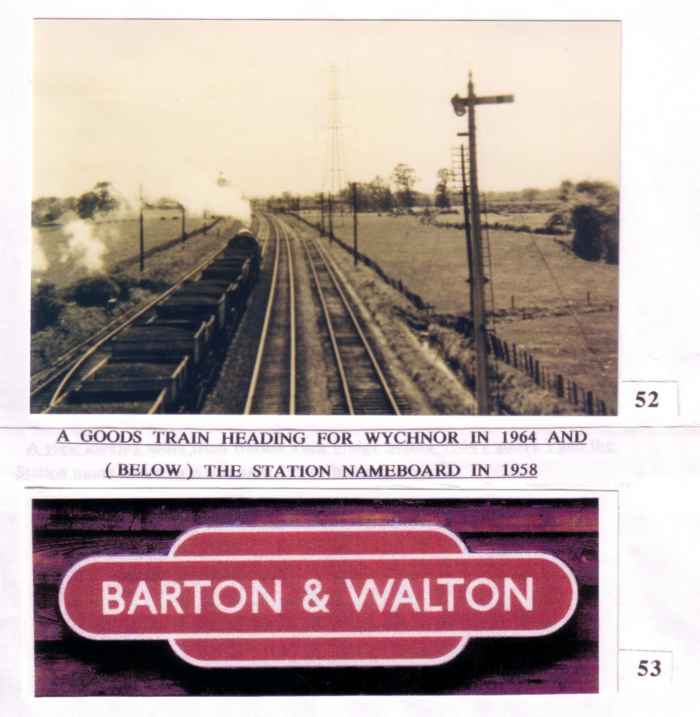 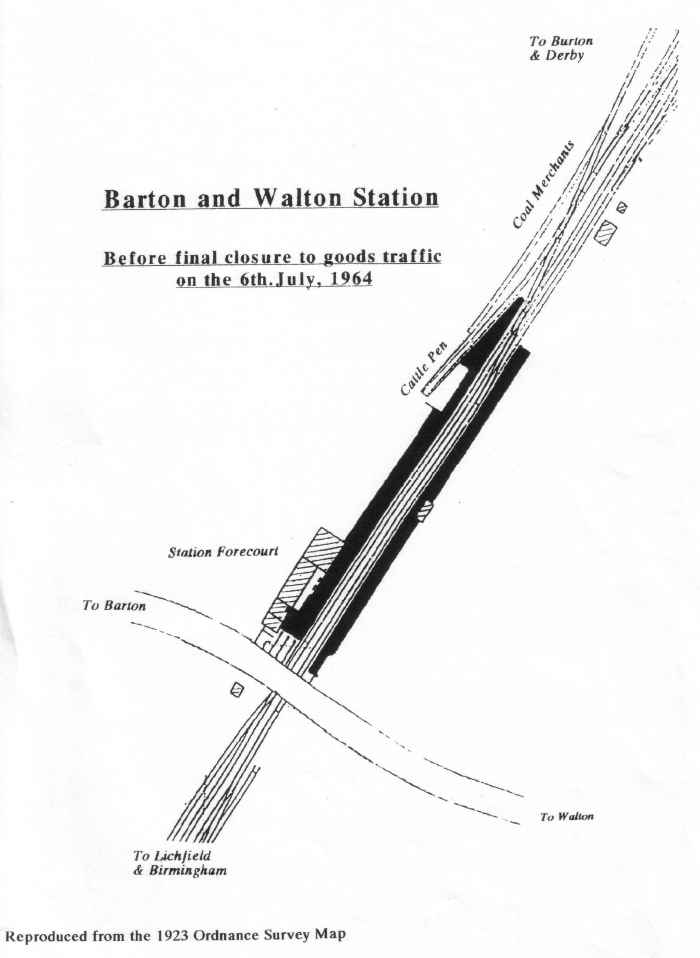 The Rail Maintenance Depot between Mill Lane and Barton Turn, the Central Rivers Project, was built by Bombardier Transportation at a cost of £30 million and covers 29 acres. It was finished in December, 2000 and it is capable of servicing a large number of cross-country Virgin Rail High Speed trains each day, as well as as carrying out some heavy maintenance. Bombardier has constructed a new fleet of high speed ” Voyager ” trains for Virgin and these are already in service. Unfortunately, until the tracks are greatly improved, these trains will not be able to achieve the high speeds at which they were designed to travel.

The depot itself is well designed, very efficient, spotlessly clean, and very quiet in its operation. It is an asset to the Parish. 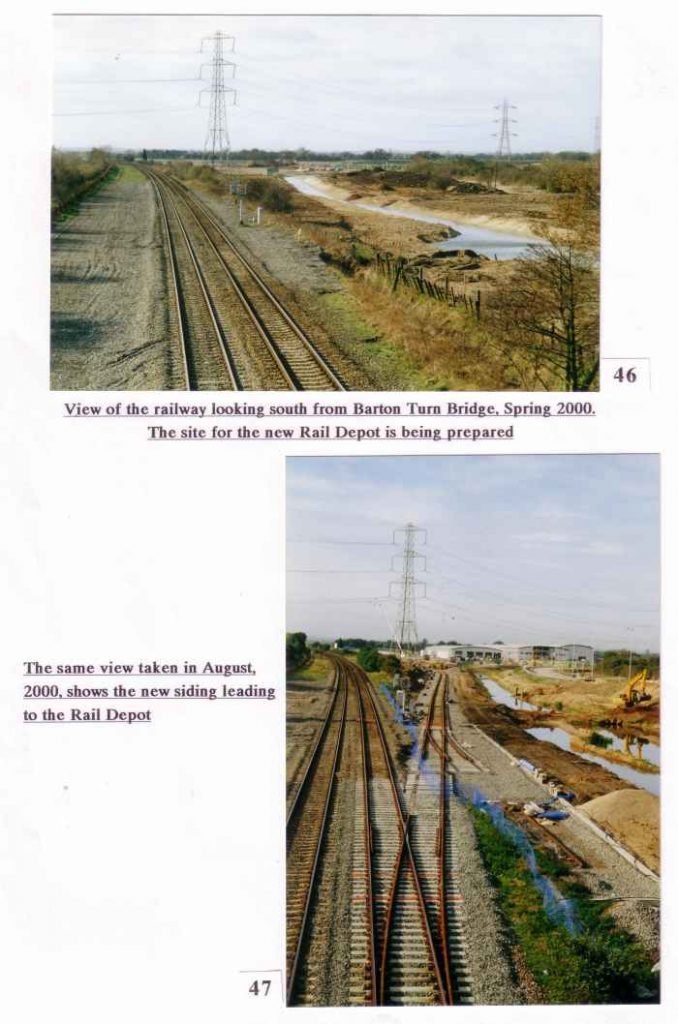 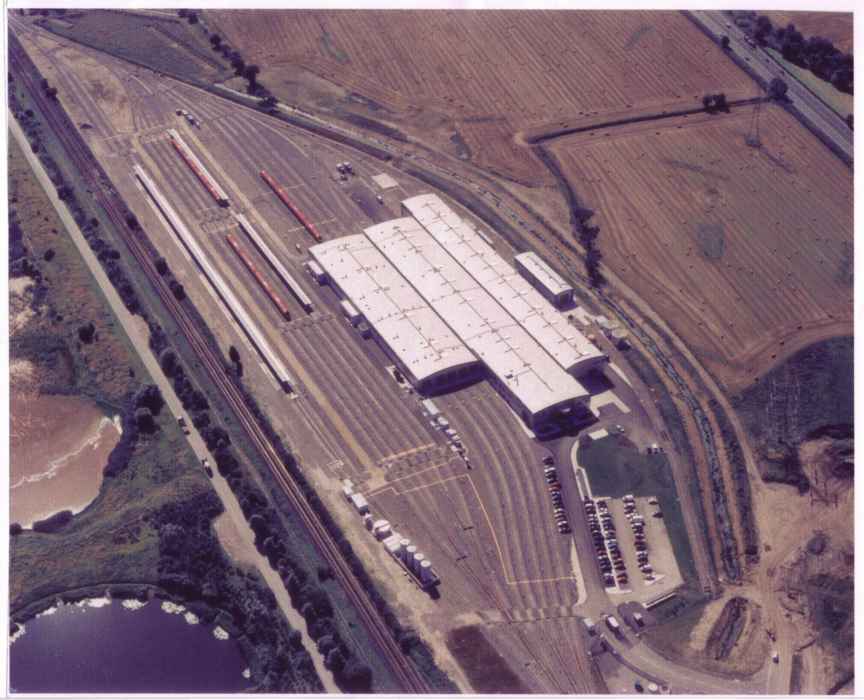 Railway enthusiasts may be interested to know that the Chief Mechanical Engineer of the London and North Eastern Railway ( the L.N.E.R. ), Sir Nigel Gresley, was the fifth child of the Rev. & Mrs.Nigel Gresley of Netherseal. His mother, Joanne Gresley ( nee’ Wilson ) came from Barton under Needwood ). He was born on the 19th June, 1876. After serving with the London and North Western Railway and the Lancashire and Yorkshire Railway, he moved to Doncaster in 1904, becoming the Chief Mechanical Engineer in 1911. He is buried in Netherseal. He was responsible for designing the finest express locomotives running out of King’s Cross Station from the late 1920’s to the immediate post-war years, the most famous of these being ” Flying Scotsman ” and ” Mallard “.