The Grand Trunk Canal, later to be known as the Trent and Mersey Canal, was completed by James Brindley in 1777. Although not the first canal to be built, it was one of the earliest. It was an exceptional feat of engineering considering that canal building was in its infancy. Brindley had made his name by building a successful canal for the Duke of Bridgewater, and as the new Grand Trunk Canal Company had the backing of Josiah Wedgwood it is not surprising that he agreed to the appointment of Brindley. Wedgwood made sure that the canal passed his pottery at Etruria so that he could obtain his raw materials easily and export his fine china. Canals became the ” motorways ” of their day. They could carry heavy, bulky goods which could not possibly have been transported on the roads at that time and they played an enormous part in the industrial revolution. From Barton’s point of view one can only speculate on the impact the ” navvies ” must have had on Parish life as their work of canal building progressed. There must have been work camps, although I have not been able to establish where these were. Did the navvies, or indeed the bargees, ever venture into the village ? This might make an interesting line of enquiry.

The past forty years have witnessed a great revival of canals as a form of recreation and much money has been spent on repairing locks and improving towpaths. Barton’s marina is a reflection of that revival.

The marina can accommodate over 300 vessels of varying sizes, and it already has a ships’ chandler and facilities for repairing narrow boats. For the future, it is hoped that the complex will eventually incorporate an hotel, a pub, a health & fitness centre, a restaurant and some craft units. The basin was lined with clay, to prevent seepage, and to keep the water level constant, thus avoiding the necessity of building a lock. Canal water was let into the marina on the morning of the 12th.June,2000 and it was filled by about midnight on the 14th.June, ( see images below). It was necessary to wait 28 days to ensure that there were no leaks, and this was followed by work on landscaping the surrounding area. After a short unofficial opening ceremony just after midday on Tuesday, the 15th.August, 2000, the first boats entered the marina and tied up at their jetties. This was an historic occasion for Barton under Needwood. What had been suggested in 1976 by the Parish Council Environmental Development Committee had finally come to fruition. 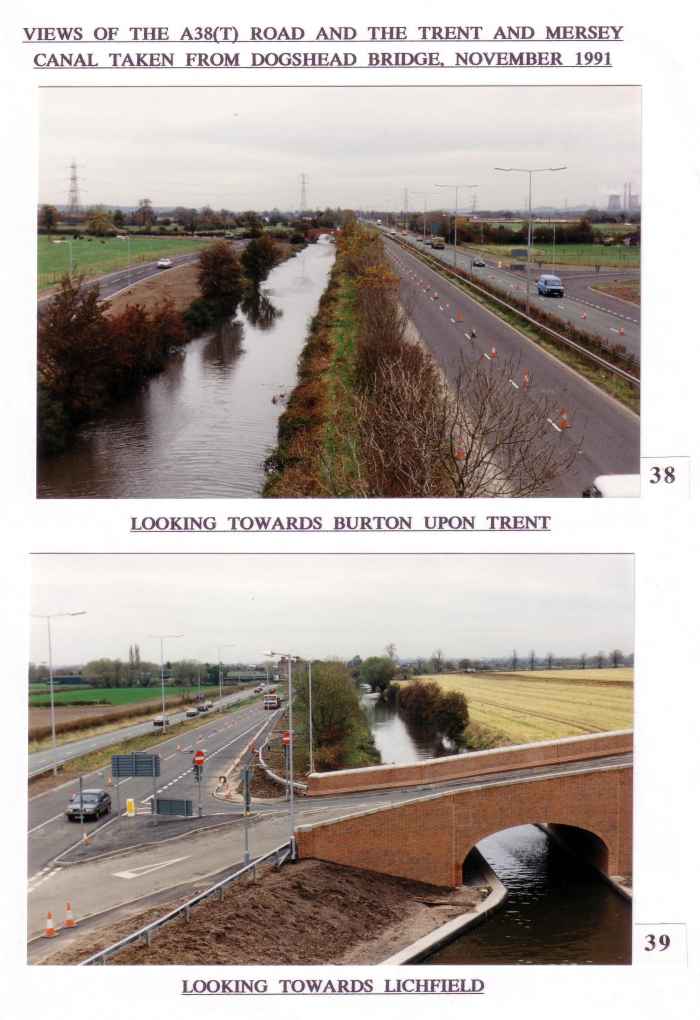 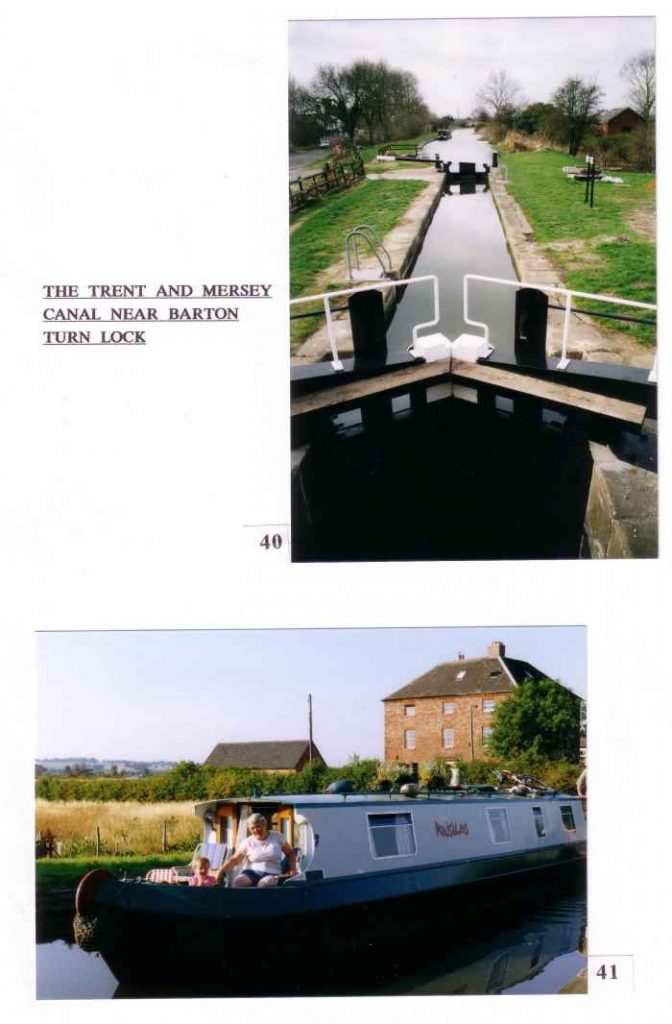 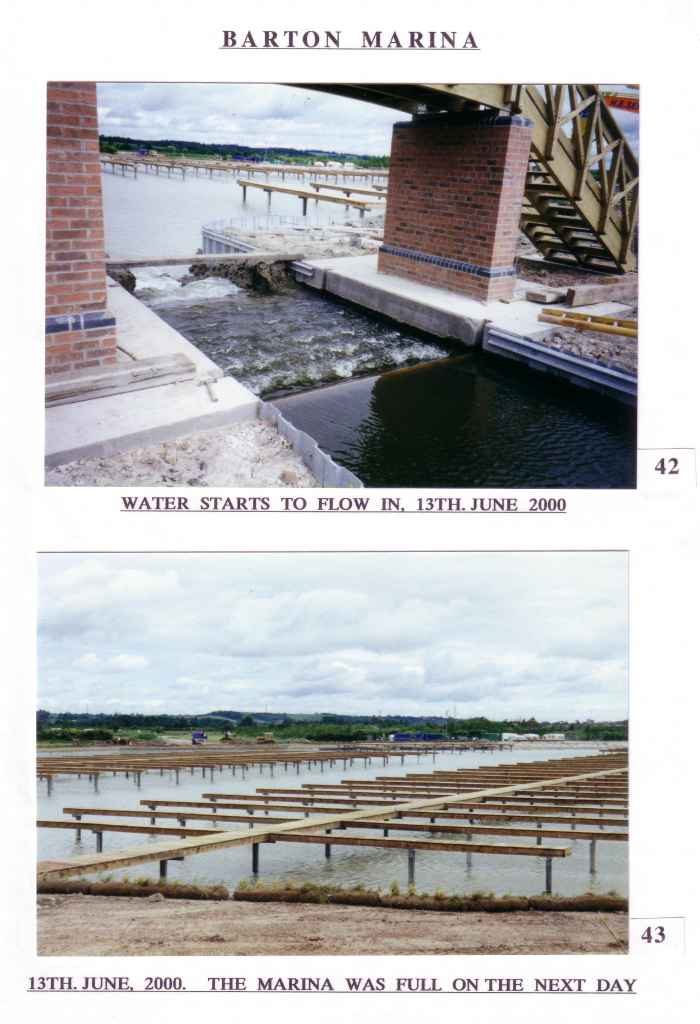 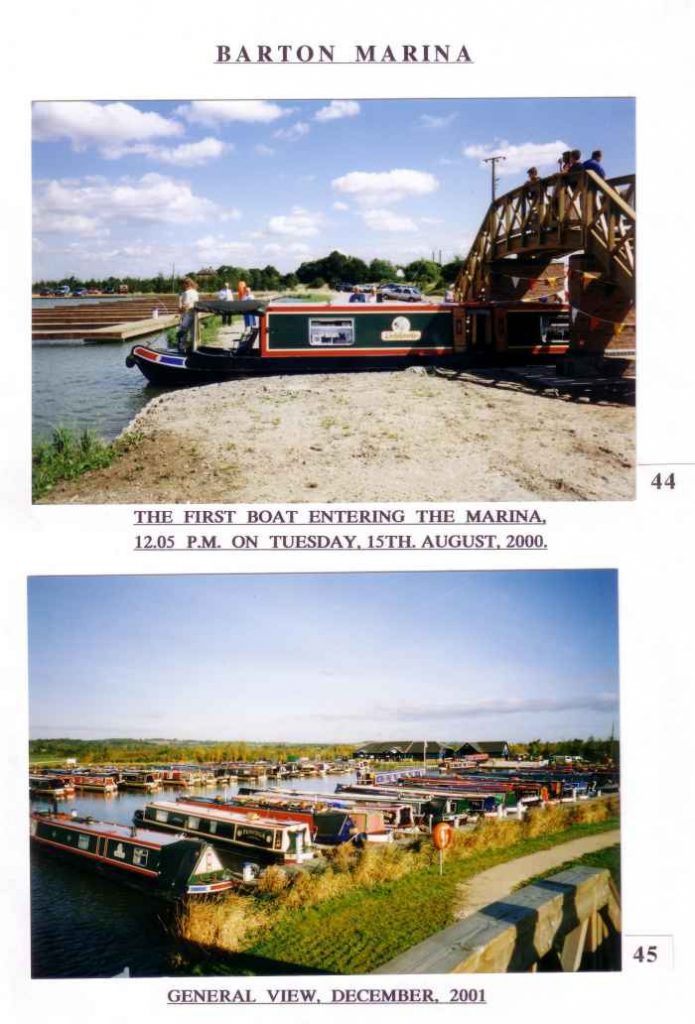