Whilst the 16th.July was not the real anniversary date, it was the nearest day which was mutually convenient to all parties concerned. The day began at 11.00 a.m. at the Junior School, where members of the Drapers’ Company were entertained by a “Timeline” presentation by which the children illustrated the salient aspects of education since the year 1500. The Master unveiled a beautifully embroidered panel depicting various incidents in both the early school and the present school. The Master and the school Head, Mrs.D.Lever, both gave addresses and exchanged gifts, and then the Master presented the Drapers’ prize to Steven Fowler.

After a glass of sherry, the Drapers moved on to the John Taylor High School where a buffet ‘banquet’ had been prepared by Miss Enid Rees and three Sixth Form students. The Headmaster, Mr.G.P.Gallie, gave a welcoming address and the Master replied. The Chairman of the Parish Council presented the Master with a painting of the two Thomas Russell Schools and the Master presented framed prints of Drapers’ Hall to the Headmaster and the Chairman. The Master then presented the Drapers’ Scholarship Certificate to Kim Evans who had achieved six grade ‘A’ results in the 1992 ‘A’ Level Examination. He had just returned from a year’s voluntary work in India before going on to Queen’s College, Cambridge. 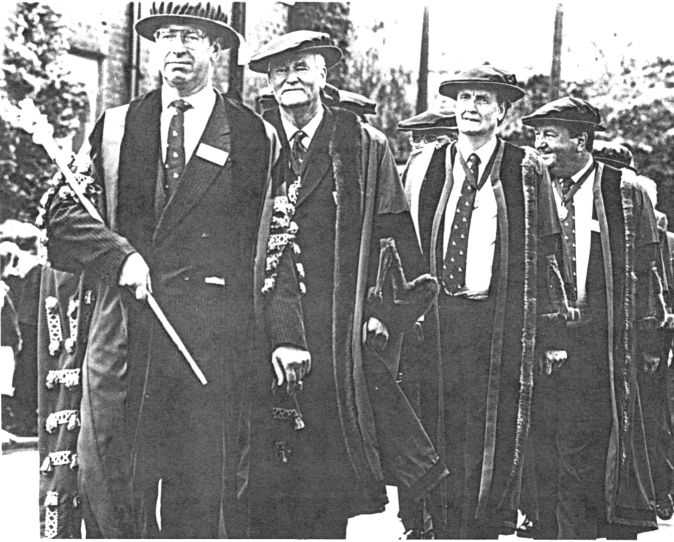 After lunch, the Drapers led a procession from the Village Hall to the Infant School, wearing their ceremonial caps and gowns. They were followed by the Parish Council and the Penkridge Town Crier. Many people lined the route and applauded their progress. On their arrival at the Infant School, the procession was greeted by the Head, Mrs.M.Higgins, and then the guests were entertained by an open air pageant illustrating the early days of the original school. A small boy, representing the figure of Thomas Russell, presided over the proceedings from a chair placed on a dais. Morris dances and maypole dancing were included in the programme. Both the Master and Mrs.Higgins addressed the children. The children in their turn presented the Master with their version of a portrait of Thomas Russell, replacing one thought to have been destroyed in the Great Fire of London. The Master then presented the school with a print of Drapers’ Hall, and awarded the Drapers’ Prize to Stacey Allcock.

At the end of these proceedings, a young girl approached the Master, bowed, and requested him to follow in procession round the school building to the place where the plaque was waiting to be unveiled. When all the guests and children were assembled, the Master pulled the cord and the curtains parted, revealing the Drapers’ coat of arms above a beautiful oval slate plaque. It had been a very memorable day. 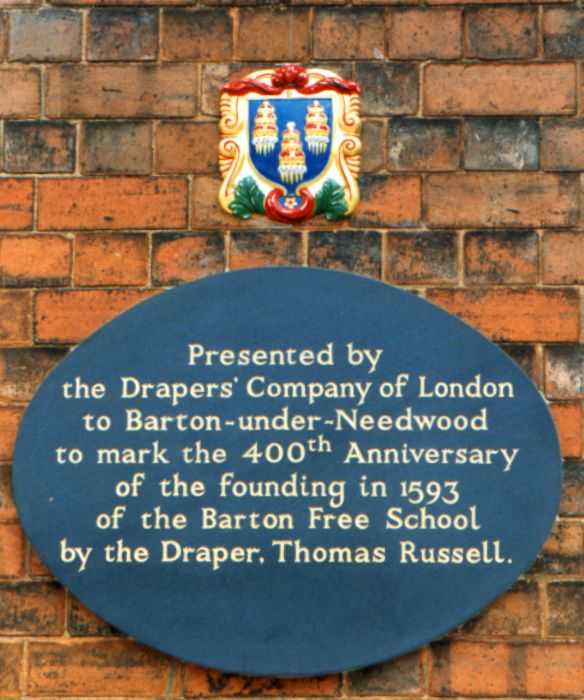 The Drapers’ Company was represented by:-

The Head Teachers of the Schools were:-